Gohere for the full set.

Oz vs. the Green Polo

The title makes a lot more sense if you are a fan of the show "Chuck". I am a fan of the show, and last Saturday was my annual Halloween Party. My original plan was to dress as a tech from the Nerd Herd. The I ran into my friends Carlton and Nicole at the Here Come The Mummies at the Vogue. Their costume planwas to come as Chuck and Sarah. So I decided on a quick alternative... I would dress as a BuyMore salesperson (a la Morgan).

All I would need was a pair of khakis and a green polo. Easy, right?


The khakis were easy. I'd found a treasure trove of clothes in the back of my closet, clothes that I had gotten too fat forover the years but now fit. Of course, this just reinforces my packrat behavior, but the point is, I had thatpart of the costume covered.

I figured a plain green polo would be a 15 minute stop at Meijer's. After all, I wasn't looking for anything complex.

Evidently the Chines military bought up all of the cheap green polo shirts. I spent 2.5 - 3 hours (time I had planned on using cleaning up Casa del Oz for the party) searching for a green polo shirt. I finally found one that I deemed "close enough" on a clearance rack in Macy's.

The party itself went well. The crowd was small and I appreciate all of my friends who went to the effort to make it. The Green Stuff was tasty and disappeared quickly. I only had a very mild hangover the next morning, and that was probably because I switched to beer after the Green Stuff ran out.

And of course I forgot totake pictures.

My Daemon is a lion

Found this via my friend Lisa. I am really looking forward to this movie coming out. Armored polar bears FTW!

I am a Nerd King

Got this from my friend Sherri. I'm surprised I didn't score higher on the dork factor.

Last of the line

My uncle Billy died this weekend, making me the last male of the family for at least three generations. Which means my branch of the family ends with me (my sister won't be having kids).


I didn't really know Uncle Billy. I hadn't seen him in roughly 37 years (I think I surprised my mom with the amount of detail I remembered where we lived when I was 4), and had talked to him maybe a dozen times on the phone since then. So I didn't feel a great deal of when I found out that he was dying even though I did feel a little guilty for not jumping on a plane to see if I could get there before he passed (despite the fact that he wouldn't have known me).

I know I've explained this to a couple of friends... sometime I feel like it's my duty to carry on the family line. I can't explain why I feel that way, especially since I've never really been a family sort of guy and to be honest I think that I'm too selfish with my time to make a good parent. It's just something wired in my brain, so when it became official that I was the last, I felt like I had failed. The odds of me perpetuating the bloodline is increasingly unlikely.

Got this one from Nicole.


4. YOUR STAR WARS NAME: (Last 3 letters of my sister’s name and first two letters of my mom’s name; use whatever names you like also and where they came from)
Thygl (caTHY + GLenda)

6. NASCAR NAME: (the first names of your grandfathers)
William Charles

8. SPY NAME: (your favorite season/holiday, flower)
Samhain Wild (as in wild flowers... because anyone who knows me knows that I can't intentionally grow a flower).

10. HIPPY NAME: (What you ate for breakfast, your favorite tree)
Granola Oak

Gee... now I have some new NPC names.

This time of the year always seems to be busy for me. This weekend had a Mavens meeting, an ex-girlfriend's wedding, and the Ohio Ren Faire. Busy, busy, busy.


I had originally hoped to have a date for the wedding. Going to a wedding stag pretty much sucks. I had hoped to have a date, but by the time I realized there was no way that was going to pan out it felt too late to find an alternate. I imagine that a couple of my female friends would have gone with me just so I wouldn't have to go alone, at least if I would have given enough lead time, but it didn't want to inconvenience someone just because they felt sorry for me. That and maybe I was subconsciously "punishing" myself for getting my hopes up in the first place.

As it turns out, I had a pretty good time, even though I was solo. Something I've learned that when in a place full of people I don't know, get a seat early. Sooner or later someone will sit at your table, and if you're reserved like me it's easier that way. I struck up a conversation with the cute young woman that sat next to me and we had a bit in common. Unfortunately, she turned out to be there with someone... her girlfriend. D'oh.

In fact, I felt kind of like the punchline for a CW sitcom... there were 3 couples at my table. Not only was I the only single person, I was also the only straight person. Cue the laugh track. However, the whole table was pagan, so we had a lot to talk about.

One other "feel good" was when the bride complimented me on how much weight I had lost. In fact, I had to go digging in the back of my closet because the slacks I was going to wear turned out to be way too big now. Now I'm going to have to rifle through all of my "will probably never fit again" clothes and mothball my "at least I can breathe" clothes.

When I got home I checked my e-mail and found out that my friends had decided not to go to the Ren Faire. I already knew that some couldn't go, and one had to cancel because his daughter was in the hospital, and was considering seeing if the last of them wanted to car pool when I got the last cancellation. So I could either sulk at home today in front of the computer, or go ahead, garb up, and head out myself.

At least the weather was perfect, sunny and low 70s. I haven't checked my pictures yet, but I'm not holding my breath. Not only did my camera start acting wonky, at some point I touched the lens, so it had a fingerprint on it. Plus there's my whole difficulty in taking a picture that doesn't look like a bunch of people on crack during an earthquake. If any turn out decent, I'll post them separately. I didn't get any of the joust because that's when my camera decided it was done for the day, even if there was no low-battery indicator.

I left earlier than usual, because since I was by myself making the rounds didn't take as long. While some might think that's good, I missed the banter and ambling into shops I wouldn't normally because someone else in the group wanted to look there.

On fact, my own shopping missions were failures. I had to goals, to get a torc and to get a tunic for when my tribe starts working with the Norse pantheon. I would have thought these would have been slam-dunks. Not so much. No torcs, no tunics. And my favorite sword place was low on stock, so I couldn't even drool much there. 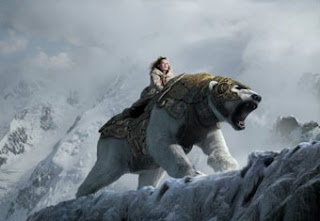 Check it out here.

It's been a while since I've been able to post one of these. In fact, I had just groused to my friend Nicole on her blog that I hadn't been losing weight. This morning... 206.


I think I see a pattern. While my weight gennerally bounces around in a 3 pound range, right before it goes down it'll stay flat at the current bottom of the range a few days, spike to the top, then over the next few days I'll shed the weight and an extra pound. I'll have to pay closer attention and see if this holds true.

So today was my 20-year college reunion. The fact that I am already posting about it at 4:15 in the afternoon tells you how much fun I had (it's roughly an hour drive). I'm guessing the game is almost over against whatever team we imported so that we wouldn't be embarrassed on homecoming.


It wasn't horrible. And I already knew how much the campus had changed from an earlier visit, so that wasn't a shocker. But back when I was in college I ran with a small circle of close friends and other than that I was pretty reserved (sound familiar?). None of my old friends were at the reunion. There were a few people I recognized, and a few that remembered me, but none that I really hung out with back in the day.

It was kind of weird, looking at people and trying to see through the years, catching glimpses that matched my memories. The years have been kinder to some than others, and I fall in the middle of that pack. Two years (and 43 pounds) ago and I probably would have been too embarrassed to show up.

End of the Wal-Mart Era?

OK, doing my fall-of-the-evil-empire happy dance may be a little premature, but this Wall Street Journal article made me smile.

I don't want to get my hopes up too much, but there are rumblings of a Serenity sequel as a straight-to-DVD movie.

Check out this article.


Now go out and sacrifice a chicken* while wishing for this to come true.

*The gods take KFC right? Kind of like tithing with a credit card, but it's the thought that counts.

What's happening at the Evil Empire of retail? According to this Business Week article, not customer service. And looking at the demographics of the stores they visited, where the "poorest" average income was $68,000, I have to wonder what it would have looked like if the would have visited stores in truly downscale areas.


Rumor has it Wal-Mart is trying to actually hire on sales people... but given the attitudes of the employees seen in the article it doesn't look like it. But that's what happens when you need to pay low wages to stave off the margin impact of low prices.

Wal-Mart... driving American jobs out of business or the country so that you can only afford to shop there. That should be their new slogan.