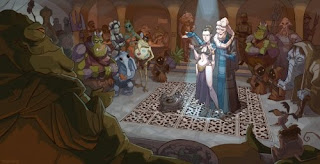 I stumbled across this post, which features the work of this artist.

I think this guy should be doing the art for an animated Star Wars series... I like it better than the clay sculpture look of the Clone Wars.

Take the quiz at dicepool.com

You are a d8: You are the true adventurer! Dragons rescued, princesses slayed, and all that business while O Fortuna plays in the background. Your social calender is crammed with heroic deeds, and you've personally saved the world from ultimate destruction at least twice. You are reliable, perhaps a bit predictable, but overall a shining example of what happens when courage meets determination.

I *think* the dragon and princess thing is backwards.

And that's without a refresh macro script. Granted, it's what a real web site got in hits since you started reading this, but I think it's cool. 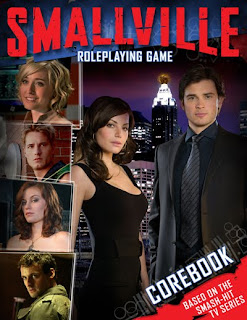 Margaret Weis Productions seems to be making a niche for itself in making licensed RPGs based on popular sci-fi tv series. The latest addition to their lineup is the Smallville RPG. The core book comes out in August (GenCon!) with two more books slated to follow.

I'll be curious to see how this turns out.

We Hate You Luke Skywalker 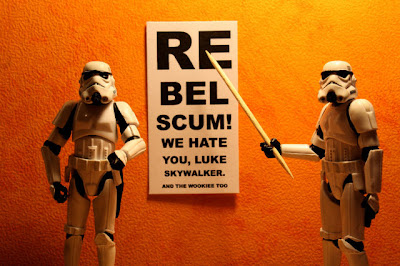 There is a gallery full of genius like the above, following the (mis)adventures of two stormtrooper action figures. The implication by the "3" in the gallery title is that there are two more out there somewhere.

At least they are when it comes to recognizing human faces, to the tune of 83x faster.

It's important to know who brings the gooshy food.

Check out the article.

All he needs is an Antonio Banderas voice-over.

I have to admit that iPads are kind of neat. I played with using one for a work dashboard the other night and suggested to my district boss the company should expense one for me to use for that purpose.

He suggested I should wait until after work to drink.

The trouble is, for me an iPad isn't $600 worth of neat. There is a lot it can't do, and those are things I would need such a device to be able to do.

However, other people have found uses for their iPads. One I stumbled across on Geekologie. The video is after the jump.

Star Wars Uncut took A New Hope (the original Star Wars in case a non-geek has stumbled on to this site), split it into 15 second scenes, and divided it up amongst fans to film their own version.

The trippy result looks to be coming to at least a few theaters. You can check out the trailer after the jump.

Star Wars Uncut "The Escape" from Casey Pugh on Vimeo. 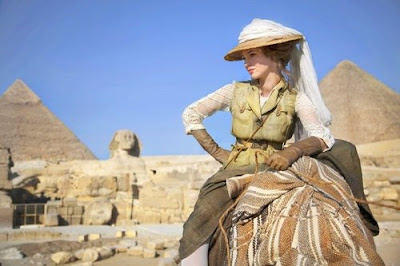 The Steampunky looking French female Indiana Jones movie now has a sub-titled trailer. You can check out the site and see the trailer after the jump. 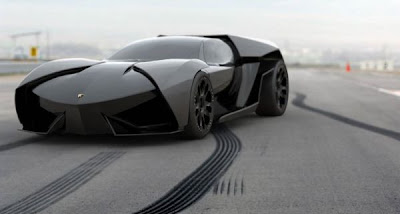 Right now Comcast's fat cats are high fiving each other over the courts finding that the FCC can't force net neutrality under current regulation. A chunk of that is because the FCC classifies broadband as lightly regulated. Before Comcast and their ilk celebrate too much, they need to remember that the FCC could reclassify broadband as a higher regulated category.

Meanwhile, here is an interesting article from Massively.com.

How Will iPad Change Comics?

It looks like Disney/Marvel is already working on cashing in on the iPad craze. It offers a free app that let's people download and read comics on their iPad for $1.99 per issue, a significant reduction from the usual $3 - $4 cover price. And the best part for Marvel is the save printing costs and don't have to give a cut to Diamond (which has an effective distribution monopoly) or retailers.

While this option won't satisfy collectors and old fogeys like me that like to have a physical book to read, it would be crazy not to see how this could totally change the shape of things for comic book fans.

When enough people adopt e-comics (or should I say iComics) to be profitable, there is little incentive for the publishers to maintain the traditional model, with which they have struggled to be profitable. All they would have to do is have to comics also readable on conventional computers and e-readers such as Kindle to ensure that most of their readers would migrate from dead-tree format to the much more profitable electronic model.

Enjoy your local comic book stores while you can, kiddies.

Oh, and here's an article that talks about the Marvel/Disney app for iPad.

While I was working on MicroZ Supers, I came up with a mechanic to reflect the exertions of using more strenuous powers without taking them directly from hit points a la Microlite and MicroZ. Characters would have a Stamina score, equal to their Hit Points, akin to the Endurance stat used in Hero Games. More taxing powers and putting in extra effort would cause fatigue, as would taking damage, which would be applied to Stamina. Once Stamina hit zero, nighty-night.

There are a few more details, but that gives the jist. It would be possible for characters to run out of steam without being in danger of dying from it. I've begun to chew on whether I can apply this mechanic to MicroZ Fantasy.


(At this point my play-testers/guinea pigs MB and Weasel are probably going "here we go again".)

The trick is that the whole point of distilling D&D to a Micro game is to simplify it. Would this add to much complexity? Because now we'd have to track Stamina and Hit Points separately, with different rules for recovering Stamina.

My other worry is that spell-casting is more restrained than 4E and 3.x. And I like that, I've often sought a less videogamey approach to magic for my games.