I stumbled across this article which not only talks about a GOP candidate in New York but also about discrimination against pagans and attempts by certain religious groups to smear pagans and try to incite fear of them with lies and hype.

The candidate, Dan Halloran, is a leader in the local Théodish faith, which is a northern European heathen religion. Their site is here.


I have to agree with the author of the article where I found this, the Pumpkin-Spider would be an awesome way to dispense trick-or-treat candy... except for all of the accident-stained costumes and angry parents due to terrified kids.

Then again, I still chuckle at the memory of "it's okay honey, he's a nice Grim Reaper."


Yeah, it's Dances With (Blue Alien) Wolves, but between being a James Cameron movie and a visual treat, this show might be worth a ticket.

Blast From The Past - Princes of the Universe


No, I have no clue what this is for... my guess is just an enthusiastic fan with an equal abundance of talent and time.

But on the subject of Klingons... here is the best part of Star Trek The Motion Picture. This scene established the theme music and new look for Klingons that persisted through the rest of the franchise.

Anvil Launching Is A Sport?


How long until we read about some copycat blowing his hand off or getting crushed? Hey ya'll, watch this!

Makazie One - Star Wars Fan Film from Clutch on Vimeo.

You can see a better version on their site.

The Future Of D&D

I can already predict the biggest stumbling block (after cost)... players would rather roll their own dice than virtual dice. What it needs is a scanning surface to could roll on that would recognize the surface of the die in contact with the surface and use that to determine which face of the die is on top.


It will be a tough choice... Federation or Klingon. 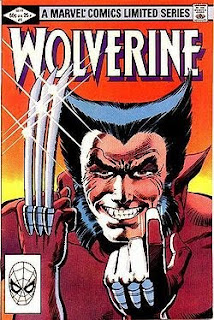 In an interview with Lauren Shuler Donner, the producer of the X-Men movie franchise, more info came out about the future of X-Movies. I'm most excited that Wolverine 2 is going to the storyline used in the Wolverine mini-series (by Chris Claremont and Frank Miller).

Another twist is that the X-Men First Class movie(s) sounds like Hogwarts for Mutants. This could turn out good (think X-Men Evolution) or really bad.

For more details check out the article.

I know that I've been slacking on the movie reviews, but this one was too good to pass up. I'm sure you've heard the hype - it's the new Blair Witch, made on a shoestring budget by an unknown director and one its opening weekend it was in the box office top ten despite being on a small number of screen.

Going past the hype - this movie is brilliant. It's creepy as hell, the characters are realistic, it's so good that part of the experience is the audience reaction around you.

It's hard to go into it without spoiling. The main character, Katie, has been haunted by something since childhood. Her live-in boyfriend Micah is fascinated and starts recording things with a camera and sound equipment. The attention makes things... escalate. I can't say much more.

But I will say you shouldn't see it at night if you plan on going home to a creaky house and trying to go to sleep. You will probably have nightmares... assuming you can go to sleep. :)

My rating - 5 out of 5 unseen paranormal flying-monkeys.


PS: my review is not influence by the fact that Katie reminds me a bit of an ex-girlfriend.

Rumors have been circulating that NBC won't wait until March to air Chuck's third season.

LHC Sabotage From The Future?

One radical theory being batted around by a couple of physicists is that the Large Hadron Collider is being interfered with from the future to prevent the observation of a Higgs boson. While this sounds like something out of Star Trek or Big Bang Theory, check out the story here.


Because seeing a Higgs boson must be a like me getting in a long-term relationship... an abhorrence to nature.

I've probably lamented about this before, but it feels like Wizards of the Coast are just making up classes to fluff out books. The latest one is the Seeker, a divine-powered archer controller. Check out what free info is available on Dragon's front page.

It also looks like they are putting out a PHB Collection, which will supposedly combine both Player Handbooks in one volume. You know, in case you wanted to buy the books you already have again.