The Hunt For Gollum

Trailer 2 - The Hunt For Gollum [2]
Uploaded by HuntForGollum

This is a fan made movie and it looks really good, better than most of the crappy movies they use as filler on SciFi. You can find out more at http://www.thehuntforgollum.com/.

I just wonder if they have fan made lawyers? Because one thing scarier than the Dark Lord of Mordor are copyright lawyers.


It's amazing that these people do this without anyone (usually) getting hurt.


You can see more pics of the 36' tall "model" rocket on Gizmodo.

Found this via Gizmodo. A couple of those markers are too close for comfort.

I'm a casual language dork. I'm not disciplined enough to become fluent in other languages, just to learn smatterings here and there, like having a co-worker teach me enough Croatian for a brief "hello, how are you?" exchange.

Here's a couple of items I stumbled across.

The first is the Wikipedia list of constructed languages. If you're a language dork like me, it should provide some amusement. Like Tolkien, I like to have languages for the cultures in my fantasy world. However, being neither industrious nor a linguistic genius, I settle for using existing languages and tampering with them.

As an example, one of the major languages in my campaign is Qatalan, the original language of fallen empire of Qatal and spoken by outlying kingdoms where that ethnic group is predominant. Qatalan is bastardized Catalan, usually with final vowels in nouns dropped and some tampering with initial consonants like replacing hard c with a q (which sounds more akin to "ch" in loch). I haven't even bothered to work out verb conjugation or anything like that... it's mostly used for place names and minor phrases to remind the players they are speaking to someone of that ethnic group.

The second item is more specific. It's the Universal Translator Assistant Project. It deals with languages created for Star Trek. If you're a Trek fan, legh.

But does it *smell* authentic? 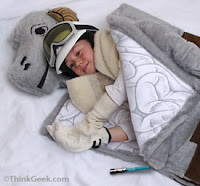 On Think Geek there is a listing for a tauntaun sleeping bag. It comes complete with a lightsaber zipper pull and an intestine pattern printed on the inside. Evidently it isn't for actual sale yet, and my guess is that it won't be because it's frakkin' brilliant.

Now if only I could stick to something productive. :)

So I picked up Arcane Power yesterday and skimmed through it. One of the things I was really curious about was how they would do familiars in 4e.

If you've played a pet controlling character in an MMO, some of the familiar mechanics will sound, well, familiar. Familiars are no longer real creatures, they are spirits. They have two modes, active and passive, and if they get too far from their master they teleport back to their master and go into passive mode. If it dies it reappears after you rest.


While I like the way they handle familiar benefits, the video-gameness of them is still rubbing me wrong. I'll have to chew on it for my campaign.

Who would win in a throwdown between the movie X-Men and the supers from Heroes? Here's one interpretation.

Wolverine vs. Claire...
Claire: I can regenerate.
Logan: What are you going to do cupcake, whine me to death? *sching*

10 variations of the Imperial March

Check out 10 versions of the Imperial March here.

They have it on a frakkin' floppy drive but no gorram bagpipes?


My guess is that this is fan created. But Wolverine shows up in half the comic books printed anymore, so why not?

Yet another XMO: Wolverine trailer


Supposedly this is the "final" trailer.


I smell an oncoming media blitz. I am kind of surprised that in the Wade Wilson one they never mention Deadpool.

And I think this Saber-tooth is better than the one in the first X-Men movie by an order of magnitude.

Transformers: Revenge of the Fallen trailer

This was the trailer that was shown at ShoWest. Not a lot of new footage here, but you know the movie is going to rock.

In the process of blowing up 4e and Star Wars d20 into a la carte character character advancement I realized that sinking a whole feat into getting a +1 bonus was pretty lame. Does being +1 to hit or damage with a given weapon really make enough difference to reflect specialized training or talent with said weapon?


Seeing as I did away with a flat AB or level based bonus and replaced them with weapon skills, it seemed logical to apply the Skill Focus feat to combat skills as well as non-combat (though skill focus gives a +3 bonus in both my games).

In the Star Wars conversion, losing levels meant no +1/2 level bonus to damage. However, hit points went down as I instituted a maximum hit point rule of 5x Constitution (Hit points are gained by repeatedly taking the Toughness Feat). So far I'm leaving damage alone, as the bad guys have less as well as the players.

In 4e, it's a little different. From what I read on the web, a lot of GMs, including WotC's developers, have issues with how long fights last and take measures such as nerfing monster hit points. I had been having players add their 1/2 level bonus to damage, but no more levels means no more bonuses.

Weapon Focus gives +1 damage with a weapon group, going to +2 at Paragon and a whopping +3 at Epic. A Level 1 Kobold Skirmisher has 27hp, while a Level 4 Slyblade has 42hp. How impactful will that +1 damage be, let alone how feeble that +2 at Paragon looks against a Level 11 Firelasher with 108hp or +3 versus the 255hp that a Death Giant has?

Actually, I think writing this has led me to an idea. Have the feat Weapon Focus add 1/2 the skill rank as a damage bonus to that weapon. So a fighter with 8 ranks in Heavy Blades and the Weapon Focus feat would add +4 damage. As he buys up his Heavy Blade skill, the damage will scale.

Rumor has it that Terminator: The Sarah Connor Chronicles has not been terminated. Evidently the writer spreading the news of Terminator's demise is the same one that has predicted it a couple of times before.

You can read more, be be warned the IGN article in the link has spoilers for the end of this season. If you haven't finished the season and don't want to be spoiled then don't read this article.


It's interesting that he notes that videogames have probably influenced the game even though he hasn't played it in a while. 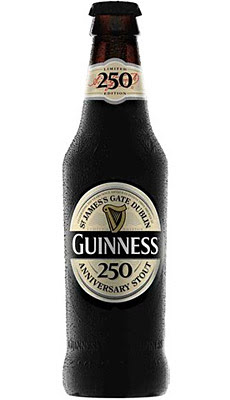 Guinness is going to celebrate its 250th anniversary with a special stout. The 250 will be maltier, more carbonated, and more potent than Guinness' traditional recipe.

I feel a quest coming on.

These aren't the girls you're looking for...

After a false alarm earlier, news has come out that the co-founder of Dungeons & Dragons, Dave Arneson, passed away. You get more info from a more industrious blogger here.

Gen Con staying in Indy through 2015

I was pleased to see this news in today's newspaper (yes, I still read the newspaper).

Gen Con has signed a deal to stay in Indianapolis through 2015. Needless to say I found this to be great news.


Not as impressive as the one with the Hans-Zimmer-esque music, but I am still stoked.

The gaming blogosphere has lit up over Wizards of the Coast's decision to cease selling their product in PDF form. Evidently they were concerned about piracy bting into their sales, which is pretty funny considering PHB 2 is on the best-sellers list.

Maybe I'm archaic, but I prefer dead-tree format to PDFs, but a lot of these young whipper-snappers are all about electronic books. I think WotC's decision will do more harm than good. I guess we'll see withthe next big release how long it takes to find that book online.

A group of fans went to see a 10 minute sneak preview of the new Star Trek movie in Austin Texas following a showing of Wrath of Khan. After the Wrath of Khan film "melted" shortly after start, Leonard Nimoy came out and told the fans they would be seeing the entire new movie, not just a preview.

Check out the story here.


So far the feedback has been positive, very positive. This will be the resurrection of the franchise from the sound of things. I am stoked.


This fan made footage looks better than some of the stuff SciFi probably pays someone 7 figures to make. And what old time Trek fans haven't wanted to really see the 1701 sans-alphabet duke it out with a Klingon D-7?

How many timelines does Terminator have now? Does this one totally negate what we're seeing in T:SCC?

Players Handbook 2 Is A Best Seller

Caught whiff of this over on the RPG Bloggers Network, that the PHB 2 was on the Wall Street Journal's Best-Sellers list.

I'm kind of surprised, not so much because nay-sayers have been blaring the trumpet of doom over 4e, but because many gamers are notorious skinflints and the book is easily available by Cheap (free) means that don't get it on the WSJ list.

Then again, all of the reviews I've read have been positive, as have my impressions of the book. So far, it has been a lot of neat stuff I'd like to try as opposed to awesome stuff my character has to have to rock (or that I dread my players getting their paws on).

Video About The Multiverse

Star Trek Behind The Scenes Video 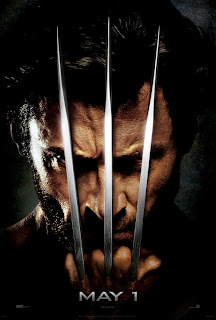 An early version of the upcoming Wolverine movie got loose on the web. Fox is stating that the leaked version has missing effects, placeholder music, and unedited scenes.

Check out the article here while I see if a certain corsair muscalid has a copy. 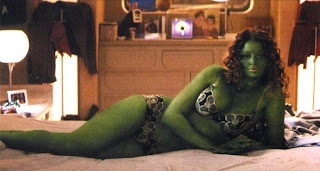 Nope, not an April's Fool. Check out the article.