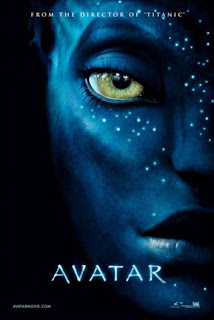 I decided to go see James Cameron's Avatar before reading the reviews. Mostly it is because I didn't want my opinion to be swayed by others, and I figured there would be a lot of opinions just as there was a bunch of buzz.

My review isn't really going to be original, in that the story of the movie isn't very original and is pretty much as predicted. Take equal portions of Dances With Wolves and Pocahontas with a dash of Braveheart and you have the story. All of the elements are familiar and there are no surprises.


What Cameron does is take those familiar story elements and tells them very damn well. The action was good, the acting was good, and the visuals were awesome. I forgot that I was watching a 3D movie because it was such a part of the experience as opposed to being an in-your-face gimmick.

If you are a fan of Cameron's previous movies, you will probably watch Avatar a couple of times. Overall, I think using the familiar plot elements instead of going for an M. Night twist let's sit back and just enjoy the movie instead of looking for the set up to some surprise.

If I didn't already own a Blu-Ray player, this would make me get one when it comes out. It looks that good.

Sure there are a couple of nits I could pick. The CGI Pandora looks so fantastic that when a bunch of human extras are shot in a conventional looking rain forest it looks drab. And why are the Na'vi conveniently mouth-breathing two-eyed quadropods (four-limbed) when everything else seems to be hexapods with four eyes and seperate breathing orifices?

But those are nits. Overall I give Avatar 5 of 5 alien-blue-CGI flying monkeys.

I'm really looking forward to seeing this, if for nothing other than the visuals. The previews are so _pretty_! I'm glad to see several friends giving it favorable reviews, though... it's always nice when the pretty isn't the only good thing about a movie!