Felica Day Will Be At GenCon

News trickled out on social sites yesterday that Felicia Day of The Guild and Dr. Horrible will be a Media Guest at this year's GenCon.

Found via io9, this interview includes Frakes and Sirtis' tongue-in-cheek pitch for a "Rikers In Space" sitcom, a cross between TNG and GalaxyQuest.

You also get to see some of the unused original wedding footage that was supposed to be in the beginning of Nemesis.

Watch the video after the jump.

D&D Gets A New Manager

It also gets a new boss. After a volley of layoffs, Mike Mearls was announced as the new manager of the D&D RPG. However, that is only one, albeit big, slice of the D&D pie. Bill Slavicsek was named as the brand manager for D&D.

What does this mean for me or for D&D players in general?


Reading Mike Mearl's post on EN World, his heart seems to be in the right place. It seems like he realizes a lot of the community is not happy with 4e and that he gets where "Old school" players are coming from.

That doesn't mean he can really change anything, even if he wants to do so.

WotC has so much sunk into 4e and is so intent on developing its own IP around it (hence Slavicsek's position), they aren't going to scrap 4e and bring out a 5th edition that combines what people miss about previous editions with what was actually improved in the game engine by 4e.

Then again, 4e may have run out of ammo. All of the classes and races they've strung out over three editions of the PHB are out. There are no players waiting for a PHB4, as that would just continue race and class bloat and a myriad of powers that seem to blur together. And for WotC to keep making money they need to keep printing books that players will buy. Looking at the upcoming line-up, it's a mix of recycled product and splat books to give you even more versions of "2W and slide 1" powers and builds.

Maybe Mearls will bring something back to the game that it's missing and I wish him well, but my appetite for 4e product is sated.

I can't claim credit for the comparison, but I think it's apt. I'll certainly give this show a looksie when it comes out, it could be a hoot.

Check out the preview video after the jump.

Of course, it could also be Season 2 of Heroes... full of disappointment.

This may be a blast from the past, but I'm too lazy to go scour the archives and too forgetful to remember, so check it out.

Lord of the Rings - Online "I am warden" from EveNArtworkS on Vimeo.

These are a couple of awesome videos for Lord Of The Rings Online done by players. Turbine should hire these guys to do videos for all of the classes.

The Lord of the Rings - Online "Loremaster Trailer" from EveNArtworkS on Vimeo. 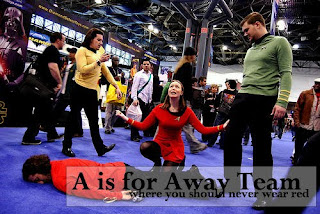 Speaking of alphabets... check out the Geek Alphabet.

F Is For Fastball Special 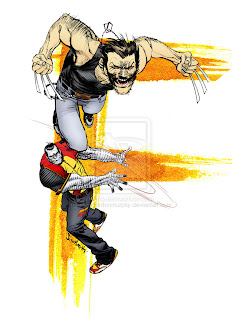 An artist made a Wolverine ABCs chart. Found via io9, the artist's site is here. 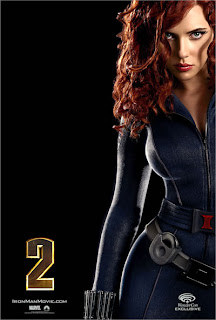 It goes without saying that expectations are high for this movie. And while it isn't horrible, it doesn't live up to those expectations. There are 2 main beefs I have with this film.

One is the bad guys. Whiplash was an old dude in a high-tech wife-beater and a couple of electrified whips. With as much skin as Whiplash had exposed, it's amazing no one put a bullet in his melon or just threw a bucket of water on him, let alone flying debris and flammables. Justin Hammer was a cartoon character of a bad guy. He wasn't menacing, he was just a smarmy asshole and smarmy doesn't work going against Tony Stark / Robert Downey Jr.


The second is the tech. While the suitcase armor is a nice callback to the classic cartoon, it just doesn't seem realistic. Some of the other stuff is spoiler material, so you'll have to see for yourself.

The movie was mostly saved by Downey. He is still spot on as Stark, though not as much a playboy as last time around. Scarlett Johannson was great to look at and competent in her role (can't fault her for not being "Russian" enough as it would be hard to maintain a cover with a Boris and Natasha accent) but some of her fight scenes looked more like gymnastic routines than bad ass. 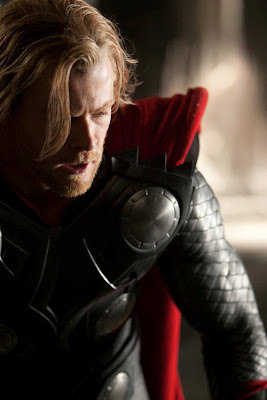 Looks a lot like the current Thor's outfit. You can see where I found it and fan reaction on io9.

PS: Stay to the end of the credits on Iron Man 2.