Well, I got a wild hair and decided it was time to unbox the new PC and set it up. But first I decided to re-arranged the den to try to use the limited space more efficiently (ok, I really should just get rid of the futon, but once I do I'll need it).

After re-arranging the romm three times... I'm back where I started. My original arrangement worked the best.

And now I'm too tired to set up the new PC. And by tired I mean lacking ambition.
Read the rest!

I found this article to be amusing.

And it should be Ninja-to vs. Katana.
Read the rest!

Wednesday is when my comic book store (Comic Carnival) gets in the new books, so I go there after work to pick up my subs. I've been looking forward to Wednesdays a little more now that Marvel has shook up the X-Universe with an event they are calling Decimation. The name isn't really important, what is important is that they've dealt with their massive mutant over-population problem.

I was becoming pretty jaded on the X-Books. Mutants were everywhere, and of course in order to show they were mutants the writers/artists were obliged to make them freakish so that when you looked at a panel set in Xavier's, you know that the dozen kids you saw in the picture were mutants. One freakish looking mutant is angst and drama. Two hundred of them in the same school... boring. And of course they had to think outside the box to give all of these mutants powers that would make them stand out. Sorry, the guy that generates sentient mucous isn't really an interesting story.

Well, with Decimation the mutant population went from millions to around 200.

Which Wizarding House are you?

The sorting hat says that I belong in Gryffindor!

Said Gryffindor, "We'll teach all those with brave deeds to their name."

Take the most scientific Harry Potter
Quiz ever created.

Which Something Positive character are you?

which member of something positive are you?

What age to you act?

What Age Do You Act?

What? My cat Ryoga and Ozling don't count as staff?
Read the rest!

Not like this will be expensive... the costumer for Firefly is auctioning off a bunch of costumes here.
Read the rest!

Yes Virginia, there is a Firefly soundtrack. Now I'll have to do some digging at work to see if it's something BBorg carries.
Read the rest!

Does she have a sister?

While watching the Goblet of Fire, I noticed that Katie Leung, that actress that plays Harry's crush Cho Chang, has a Scottish accent. Even though I knew the actress was Scottish, it was still a little suprising to hear an Asian woman speaking with a Scottish accent.

Then I thought, "I wonder if she has an older sister?"

Somebody has a lot of lights, a lot of time, and one hell of an electric bill.

This was definately the best of the four movies. It would have been real easy for this movie to bog down, but it went at a brisk clip that made you forget it's two and a half hours long. This movie, like the book, is much darker in tone. I'm pretty sure I saw a couple of parents taking their young children out of the theater.

This movie is fairly high on the action quotient, with a healthy dose of humor via teen angst to break it up in the middle (which will probably give a lot of folks flashbacks to high school dances, proms and such). Also, there is a lot of detail that will probably require repeat viewing to catch completely.

The movie focuses on the core trio of Harry, Ron and Hermoine. The others, especially the adults, are supporting cast rather than main players, one of the sacrifices that had to be made to convert a huge book to a movie of non-Titanic proportions. However, this focus is one of the things that kept the story moving instead of being sidetracked by unessential subplots.

The special effects are a little better, but that's to be expected as CGI gets better. The soundtrack was good also, especially considering John Williams didn't do it. (I can't remember the name of who did it :( )

My only quibble is that in paring the movie down, a couple of things were left unexplained, especially for those who didn't read the books. Then again, maybe I noticed because I had read the books.

One of the comments floating about now is that the kids will have to be recast as they get too old for the parts. I don't think so, because with each movie they've become better at their roles and they really aren't much older than the characters. Go back and look at Season 1 of Smallville. Clark was supposed to be a freshman but the actor was in his twenties. I don't think it will be a big deal if the principal actors are 20 when playing 17 year old characters.

My favorite line:
"Professor Moody! Is that a student?"
"Well, technically it's a ferret."

Of course I'm getting sick right before Hell Week. The past couple of nights I haven't been able to sleep because my dreams keep waking me up. When I'm sick, especially when running a fever, I get these dreams that wake me up evey 10 - 15 minutes becuase I can't sort them out. So I basicly spend the night watching the clock and telling my cat that it's not feeding time.

I'm going to have to skip a going away party because I have to be up at 4am. If I was healthy, I could make an appearance, have a beer and split. With as wiped out as I am and roaring into Black Friday in a few days... no.
Read the rest!

Return of the Cruiser

I finally got my car back... after being in the shop for 2 and a half weeks (the original projection was 5 days). Now I'm down $400 from my rental as my insurance only picked up most of the rental itself, not the CDW. I've always gotten the CDW on rentals before, but I've previously only needed a car for a couple of days. I may have to rethink that in the future.
Read the rest!

What's behind the Abortion Debate

I read a great article by an Episcopal priest on the underpinnings of the abortion controversy. I was surprised when I read it and think the author is right on the mark.

Check it out here.
Read the rest! 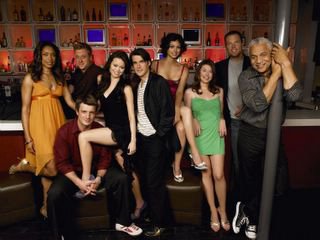 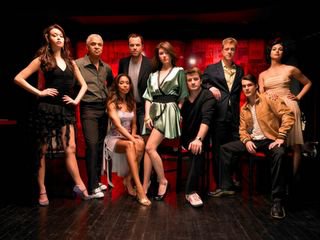 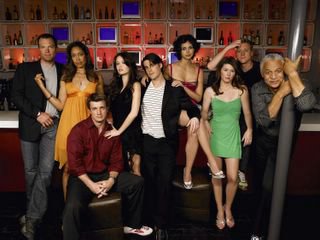 And another
Read the rest!

My car has been in the shop for over 10 days. I decided to call, seeing as the original estimate was by last Friday.

When I call the shop, they ask to confirm my telephone number, and it turns out they had it wrong. I rather sheepishly think, 'great, I probably could have picked my car up last Friday'.

Nope. It should be done sometime next week.

In addition to the traditional e-mail spam, the blog comment spam, we have personals spam. I may have commented on this before, with the flocks of Russian women who are "liking of your structure you placed online". Now the latest one I've been seeing are lures to try to get guys to go to webcam sites. It would probably be less obvious if they didn't use the exact same message every time. As soon as I see the words "web cam" I hit "delete". But enough guys must fall for it to make it worthwhile.

Part of that is probably because many guys want to believe that some hottie is interested in them, so they play along and let themselves get suckered in. Me, I guess I'm too suspicious.

One message on my MySpace personal looked genuine. The e-mail address looked legit, so I sent a brief reply from one of my little used alternate addresses. A day later I got a reply to that e-mail address. There was a Yahoo verification of the source e-mail address, the wording didn't match the form ones I'd seen so far, but there was a url to her personal website.

A flag goes up.

I look at the url. It doesn't look anymore suspicious than mine. I double check to make sure my anti-virus is running and my pop-up blocker is on, then copy and paste the url into a new window.

A normal looking website comes up. No pop up alarms go off. The first picture is of her in a grocery store and the text is about how she likes to eat healthy. Another pic of her by a realty sign talking about how she and her sister just bought a house together.

In the back of my head, a voice is pointing out that she looks like a mid-20's California blonde and why the hell would she ping a profile like mine?

I scroll down. There's a lingerie shot and a link for an adult verification system to see the more "interesting" pictures.

I mutter curse words in a few languages as I close the browser.

"Told you so" the voice in the back of my head says.
Read the rest!